Applemore or less unfair competition when it comes to their own practices. Although the company says it is not, the data released by Sensor Tower reveals that the issue is exactly what we expected.

Before 2016 When looking for an app in the App Store, it was almost impossible to see Apple apps in the top positions. This is because the company's own applications were installed on the phone, so there was no need to make a specific call. However, when we look at the last 3 years, we see that this situation has changed and Apple's own applications have come to the fore in almost every field. In recent years, Apple Music has been the leader in music. However, when we look at App Store searches prior to 2013, we see that Spotify is in the first place. Why do we see Apple Music and the iTunes Store in the forefront when Spotify is a leader in its own market and has consolidated this position seriously in recent years?

First of all, as mentioned above, Apple does not send certain applications to the phone, and the user is expected to install it himself. This means that there is an increase in searches. The company prioritizes some criteria for search results. For example; applications are published by category, and Apple is more likely to appear in search results because of course Apple can better predict what their categories will be. 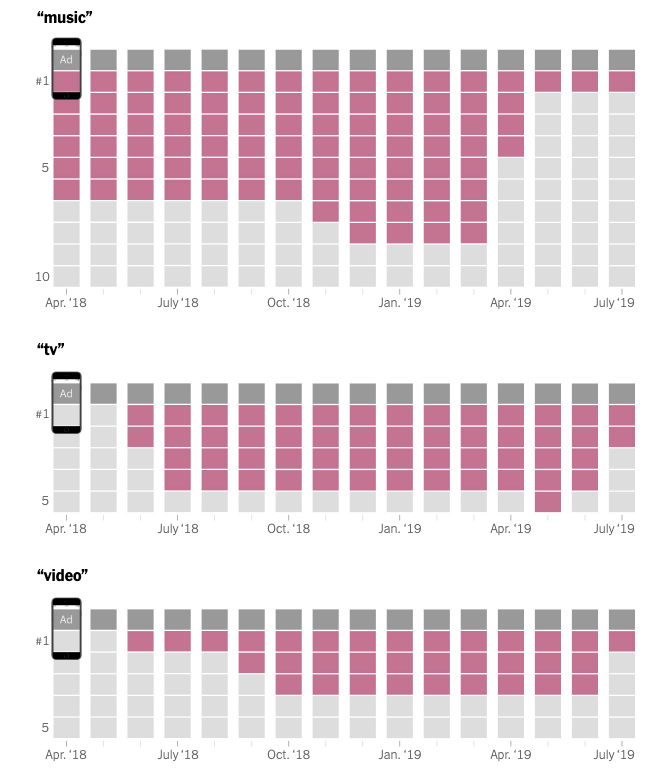 But we can say that this has changed. Apple has been investigated in recent months, Apple seems to have changed its algorithm. Although denied by employees, the ranking of first-party practices has started to decline, and the July results show that a change has been made.

As a result, it's easier to find third-party apps in the App Store.