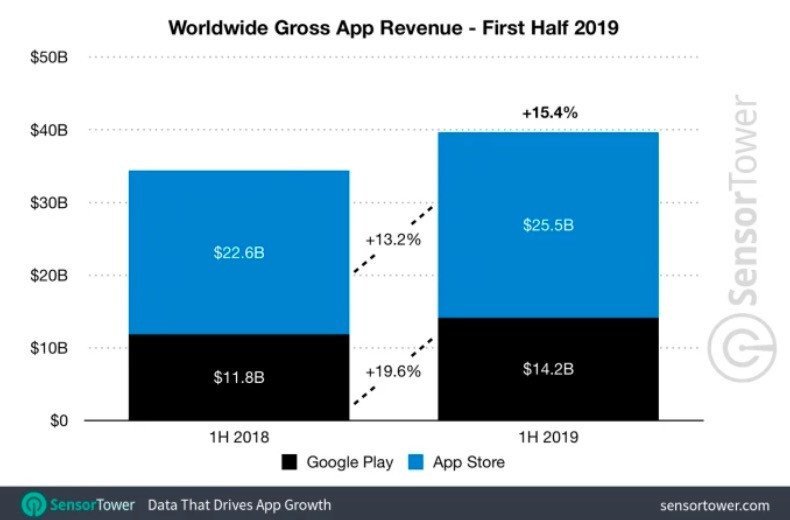 It is also worth mentioning that most of the $ 39 billion in revenue comes from the App Store. Users in the first half of 2019 on the App Store $ 25.5 billion She spent. Let us also mention that 22.6 billion dollars were spent in the same period of the previous year and 13.2 percent increase in 2019. In comparison, there was an increase to 26.8 percent in 2018.

Google Play generated $ 14.2 billion in revenue in the first half of 2019. Google Play revenue compared to the previous year 19.6 percent rate. Generally speaking, although the revenues have increased, we see a decrease in the increase rates in the past years.