Snapchat, which recently expanded its focus on location by announcing Foursquare-like features, is now focusing on a new revenue model. Snapchat has announced the Snap Games platform today by moving the platform chat and Stories features one step further.

Users will be able to play games in real time and with multiple players while they are messaging and talking with their friends on the Snap Games platform. The basis of the platform was actually the secret purchase of PrettyGreat, which took place in late 2017. The Australian gaming studio PrettyGreat also featured talent from HalfBrick, who created Fruit Ninja.

The same team produced the Mario Party-style mini-game festival Bitmoji Party to show that there are five games produced by developers like Zynga and ZeptoLab on the platform. Games from now on will be available to iOS and Android users worldwide.

Snapchat will show users over 6 seconds of no ads in order to generate revenue on this platform and will reward users with power ups or bonuses over the currency used in the game.

In the meantime, Snapchat still shares advertising revenue with developers. Nevertheless, it is useful to say that the company does not clarify the ratio of this share. In fact, in the first place users to watch adverts to beat their friends seems to be an unusual approach. On the other hand, similar to Fortnite's in-app purchase model, Snapchat also sells filter-oriented cosmetic updates.

In addition to announcing this new gaming platform at the Snap Partner Summit, the company introduced the augmented reality platform called Scan. Other innovations Snapchat recognizes in this event include an ad network and the ability to place Stories in other applications.

Although visionary, Snapchat, who struggles to compete with social networks as a result of replicas, seems to have opened its doors to the end. Snap's game director Will Wu said in a statement about the gaming platform:

In fact, Snap Games is the real-time version of Facebook Messenger's instant games platform. Similar to HTML 5-based instant games, there is no need to download in Snap Games. Users can access the games by pressing the rocket button in the chat bar. 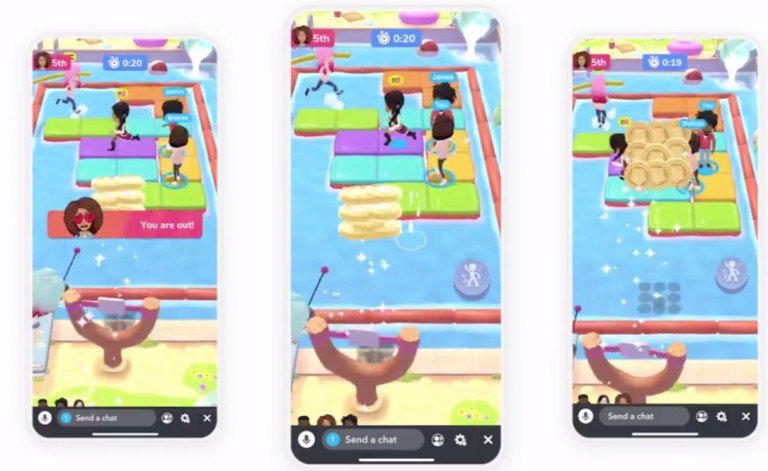 In Bitmoji Party, the user's avatar can compete with 7 friends at the same time. Meanwhile, 24 friends of the users can watch the game. The winners of the game are able to buy stunts that can dance instead of themselves against their rivals with the digital money they earn. The chat bar, which is continuously accessible during the game, allows the new deer to turn around.

Instead of being broadcast on a known IP, the games are on Snap's own platform. In fact, Snap Games, Snapchat'ın vertical. 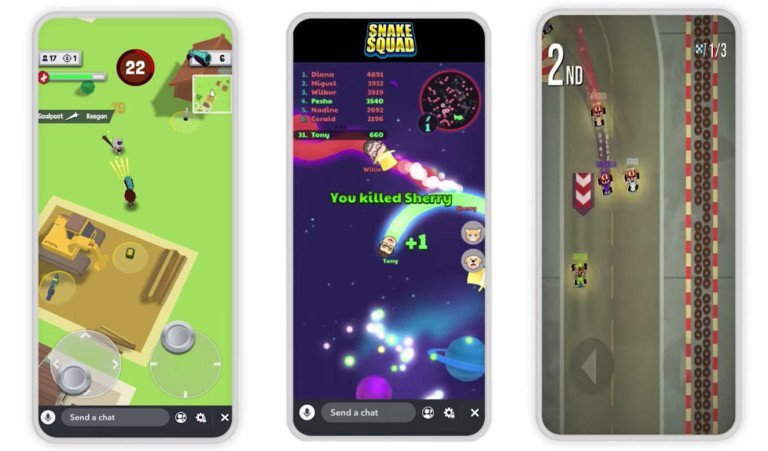 This step taken by Snap in the focus of the game is closely related to the expanding sports sector and the young target audience of this sector. With this new platform, it is also possible to see an increase in the time and ad views seen in Snap.